This tourist resort in the north-east of Sardinia is famous all over the world for the emerald sea.

Expect luxury hotels and residences, a sparkling nightlife, select boutiques, aperitifs and elegant evenings. This is the most exclusive place to relax and holiday in Sardinia. Upon arrival, you will pass by granite boulders bearing the name of the location, one to the south on the road leading from Olbia to its most popular sights, and one to the north on the road heading to the splendid blue of Baja Sardinia.

The Costa Smeralda was founded through the consortium established by Ishmaelite prince Karim Aga Khan in 1962. Since this time, it has enticed visitors to savour delectible food, shopping and the sweet and carefree living in the heart of Porto Cervo, between the Golfo Pevero, Pantogia and Capriccioli.

Quite characteristic is its architecture – comprised up of quaint low-level white buildings, with sinuous contours that perfectly meld with the Mediterranean vegetation, such as the Church of Stella Maris, designed by Michele Busiri Vici.

The renown of Costa Smeralda is connected to certain places of inestimable naturalistic value, such as Cala di Volpe, an exclusive natural marina in which some scenes of the film ‘Agent 007 – The Spy Who Loved Me’ were filmed.

Other evocative locations include the Grande Pevero, Liscia di Vaca, surrounded by Maquis shrubland and characterised by its turquoise waters, Liscia Ruja with its quaint bays embraced by Juniper, Romazzino with its clear sea and white beaches, and Pitrizza.

The beautiful coves, embellished by the white tips of sails, open up to vistas of splendid beaches and islands, like the Isola dei Cappuccini, the Isola delle Bisce, south of Caprera, Li Nibani, the Isola di Mortorio, Le Camere group of islands, and the Isola di Soffi. On the coast is the Bottlenose Dolphin Research Institute, an International Research Centre dedicated to the study and protection of the dolphin.

Rising up within the surrounding area are a number of fascinating archaeological sites such as the Li Muri necropolis (in the territory of Arzachena), dating back to the second half of the 4th millennium BC, the Nuragic complexes of Malchittu and Albucciu, which includes a nuraghe, Tomb of Giants and a village of huts, along with the Tomb of Giants of Coddu Vecchiu (3rd-2nd millennium BC). 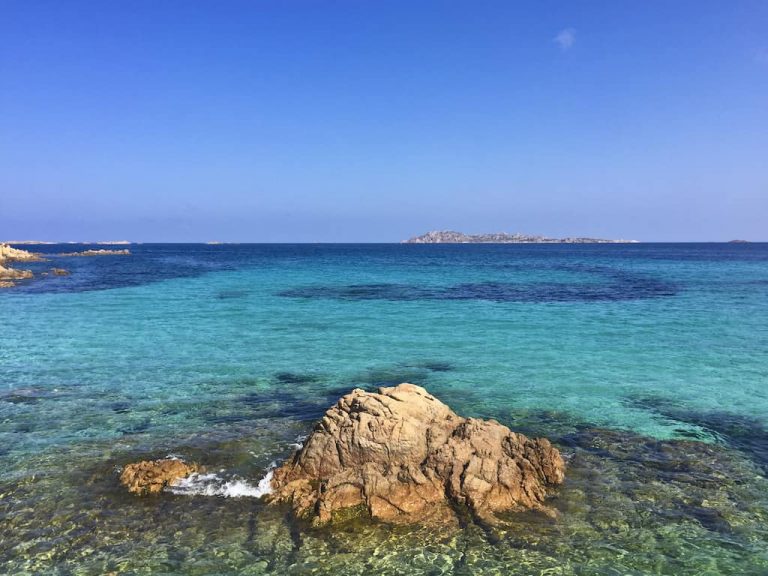 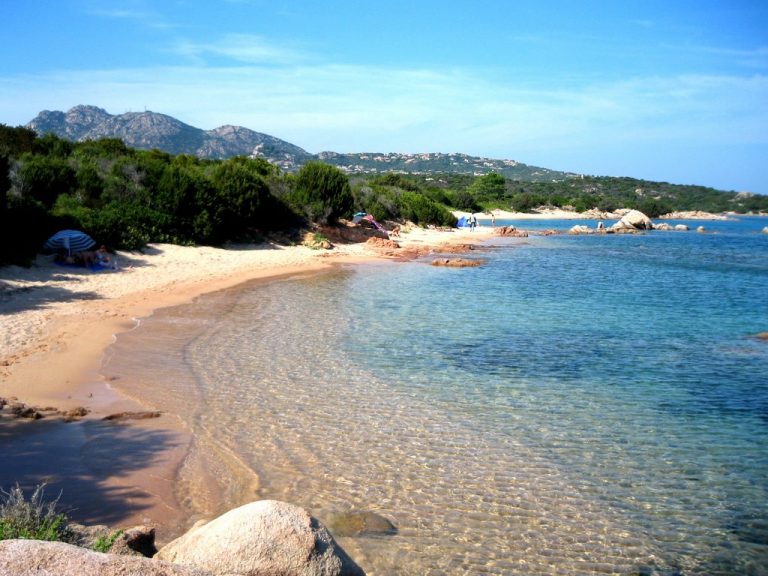